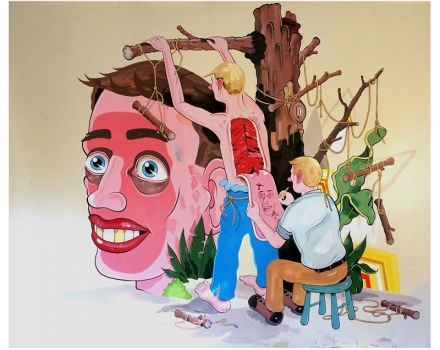 "Dont Just Do Something, Sit There"
WhiteHot Magazine Review

To the degree that art expresses the zeitgeist, and that right now everything everywhere is a terrible, stupid dumpster fire of fear, loathing, and depression, then NO Gallery has a show for the times. Don’t Just Do Something, Sit There presents divergent works by three artists -- Jesse Draxler, Jordan Weber, and Mark Mulroney -- which achieve common ground in the mucky terrain of mental breakdown, demon-hunting, and gallows humor. It’s perfect, really. 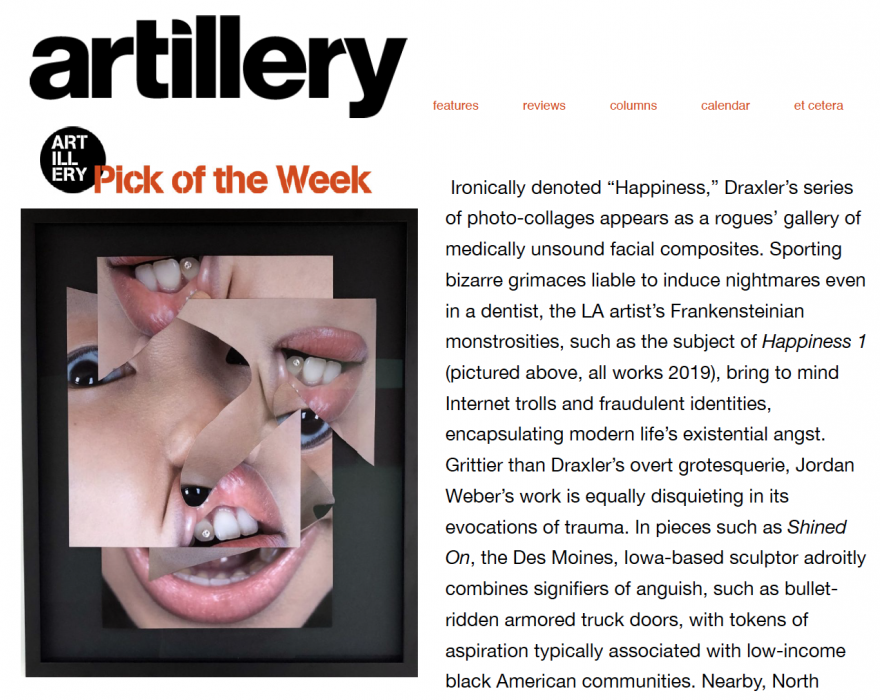 Artillery - Pick of the Week
Don't Just Do Something, Sit There September 11, 2019

Dark humor pervades provocative works by Jesse Draxler, Jordan Weber and Mark Mulroney in “Don’t Just Do Something, Sit There” at NO Gallery. These artists hail from different regions yet overlap in their hard-bitten manners of exploring mortality and contemporary unpleasantries. 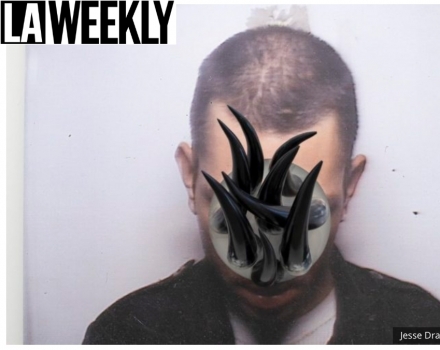 South of Hollywood, north of Culver City, and west of West Adams is a stretch of galleries roughly along La Brea, and of course, many of them have their shows tonight too. 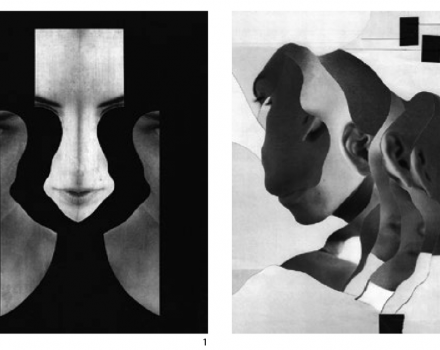 As I walk into the studio, I'm greeted with an exceptionally high ceiling, austere yet inviting-looking interior design, a giant bookcase full of books and several lights clipped to stands pointed downward at four neat, almost perfectly placed rows of white sheets of paper. 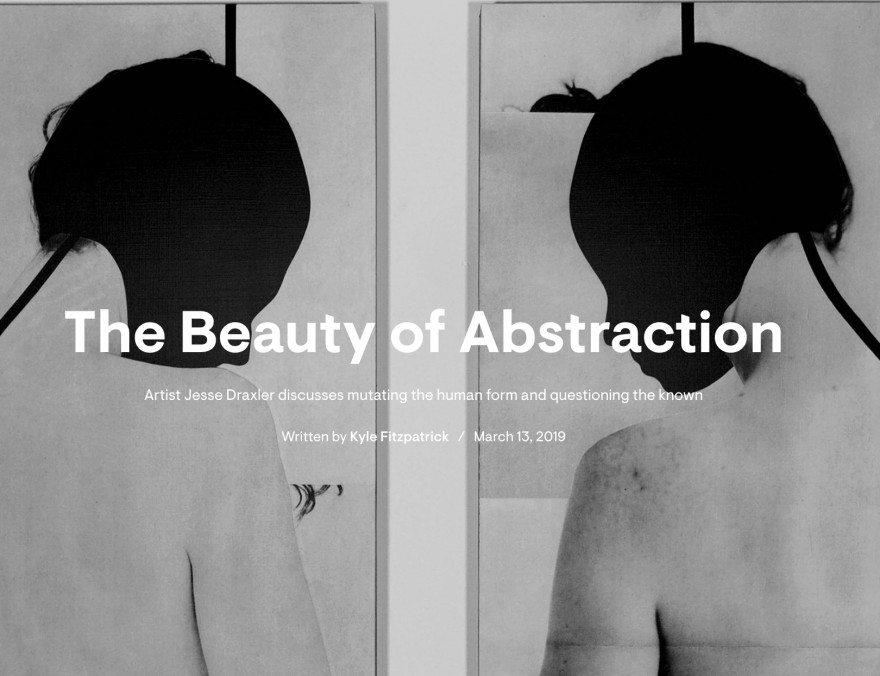 To encounter the work of artist Jesse Draxler is to encounter the known unknown. Draxler creates and uses the human form, a touchstone to ground the eye, to reveal that all that you are looking at is not what it seems. 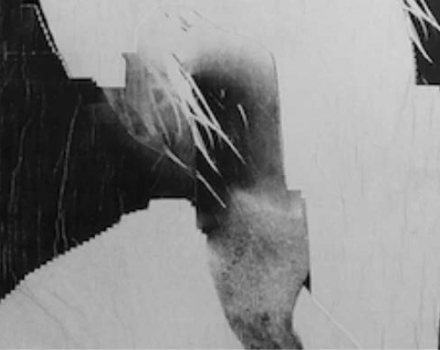 Jesse Draxler has been creating heavily engaging blackscale pieces since his early days in Minneapolis.

The Wisconsin native's youth revolved around his work, and he spent most of his time drawing after

realizing he lacked interest in or agreement with formal studies.